Digital start-ups: the next recruitment boom?

Digital start-ups: the next recruitment boom?

Digital businesses in the UK now account for more than a tenth of the workforce. With skills in short supply, recruiters have a key role to play in their growth, finds Jo Faragher

For many recruiters, their dream client is a household name brand. They have a decent recruitment budget, they pay on time and look great on the referrals page of their agency’s website.

But if it’s real growth you’re after, start-up businesses in the UK’s growing digital industry are clamouring for skilled candidates and increasingly need the help of knowledgeable recruiters to help them achieve their targets.

In May this year, a survey by by Adzuna and digital job fair organiser Silicon Milkroundabout revealed that the number of positions available at different ‘tech clusters’ around the country (such as London’s ‘Tech City’, around the Old Street area) had risen by 22% since last year. Furthermore, a quarter of candidates surveyed said they ‘were only considering a start-up’ for their next role.

More recently, a report from the National Institute for Economic and Social Research (NIESR) report found that digital businesses are more important to the UK economy than previously thought. NIESR estimates that the UK is home to at least 270,000 – and possibly as many as 471,000 – digital companies, rather than the 167,000 calculated by the Government, because the official method of categorising businesses is out of date. That means the digital economy accounts for some 11% of the UK workforce – and a huge portion of that workforce is in young companies with a handful of people.

Start-ups haven’t always enjoyed a reliable image. The dot-com boom of the late 1990s saw many new businesses fall by the wayside, often dragging recruiters who relied on their business with them. This time though, it’s different, according to Be Kaler, director of digital recruitment company Futureheads. “In the past, there was a trend towards good ideas but not enough thought had been put into the users and what objectives the product or service had,” she explains. “As a consequence, companies were not always considering their hiring strategies, they often hired people with any web skills or an interest in web.  There was one instance when a company said ‘we need 60 hires tomorrow,’ but they went out of business by the end of the week.”

She adds: “The digital industry has grown up since then. Now, hiring is well planned. The objectives for successful products and projects are also easier to measure, using analytics and various other tools around engagement.”

But the challenge these businesses face is a dearth of the right skills. With such high demand for web development, app development and user experience skills, it’s not unusual for candidates to be courted by several potential hirers and end up with a number of offers on the table. “Everyone wants to go digital right now, they want to get what they’re selling on the internet, but there’s a limited amount of people,” says Neil Goff, associate director at Twenty Recruitment.

“Many of these companies have gone out to the market themselves, but are now asking agencies for support and market knowledge. We provide added value, we become a real partner. You have to be able to understand their growth plans, and why they need the right people to support those plans.”

This means the role of the recruiter tends to be a more consultative one than it might be in sectors where skills are not as difficult to source. David Pynor, a manager at Venn Group specialising in private sector technology, explains: “Start-ups usually look for a recruiter with a broad range of skills as they may need to recruit for two or three very different roles at once, or recruit for less defined roles that have broader skill sets.”

Start-ups’ staffing needs will naturally evolve over time, adds Pynor. “Technology start-ups are more likely to hire on a contract basis in the early years, as many functions are made redundant once the business is established. The skills that you need to build something from scratch vary considerably from those needed for maintenance and, as such, contractors are an obvious choice for fledgling companies.”

When it comes to managing candidates in this space, it’s important to make them aware they’re unlikely to receive the same salary and benefits they might attract at a well-established employer. Start-ups may begin their corporate lives without an HR function, an IT department or even a finance manager, and much of the day-to-day administration such as payroll will be handled by the founders themselves.

“It’s a steep learning curve and you have to be prepared to roll your sleeves up,” says Kaler. “But you get to work in a really innovative and creative environment and you would find it hard to find that level of excitement and motivation elsewhere. You also come out of a start-up having really sharpened your existing skills and learnt much, much more!”

That said, this makes it easier to differentiate candidates who will be a good cultural fit in a start-up company. “These candidates tend to be different types of people,” says Goff. “They’re driven by the exposure to technology, they want to work somewhere engaging and buy into the company’s plans. People who want to work in a larger corporate team prefer to be a small cog in a big wheel.” 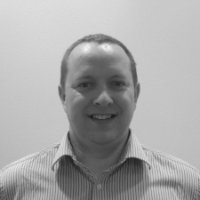 With so many new brands emerging in the digital space, it can be difficult to ‘sell’ the company into candidates. Companies that have been backed by big names such as Google, or where one of the founders has been involved in a successful technology brand such as Facebook or Spotify, will always attract positive attention from candidates. In other cases, it’s a case of promoting the opportunity, letting the candidate know why they will be crucial to the company’s development plans, and getting them excited about the technology.

“Working with a growing brand allows professionals to make exciting decisions that impact the future of the company. Ambitious individuals find they have the opportunity to take ownership of their field and really make a difference. It all depends on the personality of the client,” says Pynor from Venn Group. And because smaller companies have fewer levels of sign-off in their hiring process, they can often move quicker than their larger counterparts if a candidate is looking at multiple offers.

And while start-ups may not boast the same infrastructure as big-name brands, many will be looking for future investment so will want to keep their books clean by paying their suppliers on time. If in doubt, make sure you do your due diligence, says Goff. “We do the same due diligence for a team of less than a dozen as we would for a company of 5,000,” he says. “You want to help these companies grow, but on the flipside you’re not there to fund someone’s project.”

At Futureheads, Be Kaler has such faith in the start-ups she works with that she’s prepared to be flexible with them. “Start-ups need to be supported, sometimes in terms of how much cash they have upfront and flexibility around this; other times it’s working to tight deadlines, or needing staff to start immediately – we adapt our recruitment process where we can to suit the business after the initial assessment. One day, these clients will come back with a bigger hiring programme. If you give a bit upfront, you’ll have that loyalty repaid tenfold,” she says.

With all the evidence pointing towards sustained growth in this area, agencies like this should be reaping those rewards in years to come.